The Funds of the Trust are used in the following ways:-

Grants to Individuals :- Applications are considered from students who have made proper provision to fund a degree, or higher education, course but find themselves facing unexpected financial difficulties which may prevent completion of it; also from students who are required, as part of their course, to spend a short period studying abroad.  Applicants must be full-time students at a British University.  In the year to February 2019 there were 55 grants made to individuals.

Grants to Organisations :- Modest grants are made to British organisations if it seems likely that the project(s) for which funds are sought will fill educational gaps, or make more widely available a particular aspect of education or learning.  The project(s) may be in the U.K. or overseas.

Grants to Expeditions :- The Trust supports a number of small or medium-sized British expeditions, with teams of three or more, proposing to carry out research of a scientific nature in another country. 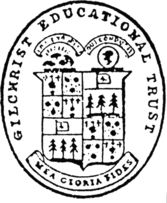